Hey, The Genius Guide to Gruesome Undead Templates got a new 3/5 review at DriveThruRPG 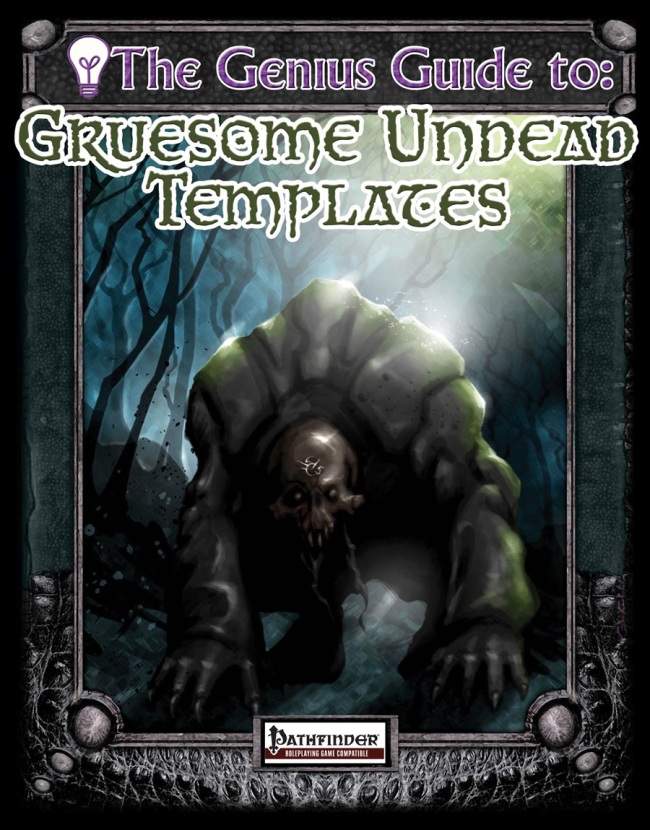 . Let’s look at it!
“Unlike the other two reviewers, I am not overly fond of this supplement.”

Uh-oh! I mean, it’s nice of the reviewer to note he is in the minority opinion. But obviously I’m going to get rakes over the coals here. Well, in for a penny…

“It only has a few templates in it: the Carrier, the Flayed, the Fungal, the Gaping, the Racked and the Whispering.”

That’s only a few? I mean, that’s six templates specifically for undead, specifically to make them more gruesome. Is there a lot of call for that, so a single GM is likely to need, say, 12 such templates? But okay, he wanted more. ‘Always leaving them wanting more,’ I’m told. So far, so good!

“The overall concept behind this pamphlet is to bring a new Shock value to the undead, which seem to have lost their “horrorness” in regular campaigns.”

“I find it just barely being worthy of being purchased at this price.”

“A large amount of work went into creating these templates to give Gamemasters a new choice in startling their players.”

It sure did! Seriously, thanks for noticing.

“Several pieces of the art work are outstanding, as is the cover of the item, these alone gave me several ideas for occurrences in my adventures.”

Great! I wonder when we get to the part he doesn’t like?

“Each undead template starts with a section of descriptive text, offering the Gamemaster an idea how to convey the sights, sounds, and smells of undead with the template to players. I found this part to be worthy of the price point.”

That’s a great note for a review! It lets me know he noticed the extra effort to add info for multiple senses, and to make the templates easy for a GM to add in a colorful way. AND it’s worthy. Awesome!

“If you need to add new “layer” to your undead, this supplement is for you, otherwise you might find your money better spent elsewhere.”

I mean seriously, if you don’t feel the need to add something to your undead, DON’T BUY THIS. It’s one of the reasons I like our pdfs to be single-topic products. If you don’t want to use a redesigned fighter, don’t buy The Genius Guide to the Talented Fighter. If you don’t like the idea of feats that give you multiclass powers, don’t buy The Genius Guide to Feats of Multiclassing. And if you don’t need to add new “layer” to your undead, I agree you might find your money better spent elsewhere.

And THAT”S IT. Nothing else negative in the review. The best 3/5 review I’ve ever gotten!
Thanks, Steven H.!

Gen Con, and the theoretical #OwenCon

Okay, here is what my public Gen Con schedule currently looks like. Feel free to find me, or suggest a time for us to meet up. 🙂

In an event others have called #OwenCon (honestly, not my idea!) I plan to be hanging out at the Hyatt, either in the Lobby or in open gaming (if there’s any open gaming there this year). Come find me, hang out, and chat!

The ENnies, from Start to Stop. J 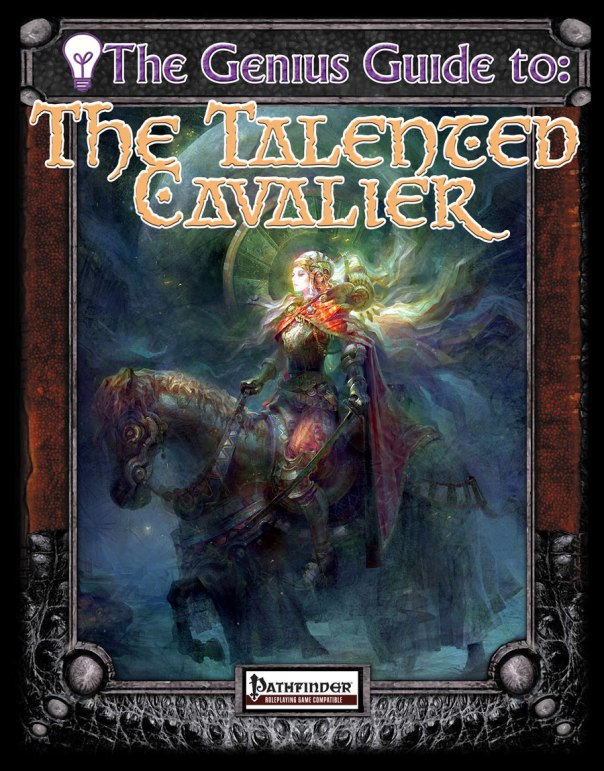