I could see this becoming a weekly thing… or not, depending on how popular it is.

The idea is to look at  a specific miniature for gaming I think is cheap ($1 or less, plus shipping), cool (well, I like it), and common (at time of writing, no promises you you come here 6 months later).

I won’t tell you specifically where to get it, though I’ll link to a Google page for options to get it . But check out your local friendly gaming store first! Especially if I am suggesting a randomized miniature you might find as a single… which today I am!

Need a male human or half-elf adventurer in a chain shirt with longsword and shield? Want something to turn into a pulp-era adventurer with some modifications?

Behold, from the HeroClix “The Mighty Thor” set, Captain America (#104) 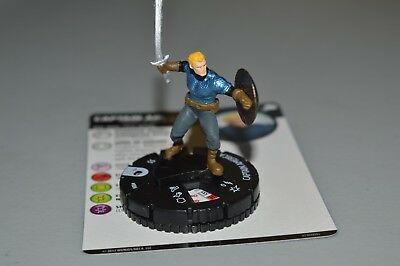 Yes, like a lot of HeroClix, the sword can bend a bit. I find a dip in boiling water (CAREFULLY) followed by placing it in an ice bath held in the correct position usually fixes this. If not, i have TONS of spare swords I can glue in from metal equipment sprues.

Here’s a better shot, though this is obviously a CG render, rather than a live shot.

It is, of course, on a clicky-base, which is too big for a lot of games. But it’s easily enough to get a straightedge (don’t use a knife without being careful and experienced) under the lip of the figure base, and working it around to pry a tiny bit at a time, until it pops off.
Or, just cut it free at the feet. (With proper precautions and supervision, as appropriate). 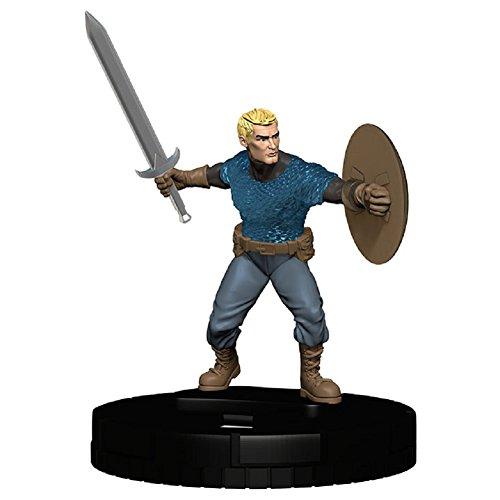 Works well as a dashing advanced-fantasy figure, but also a science-fantasy, modern fantasy, or (weirdly with a little work) a supers figure.

I found LOTS for sale under $1, though no promises you can.

But to me, this looks cheap, cool, and common!

PATREON
If you get use out of or enjoy any of the content on this blog, please consider adding a drop of support through my Patreon campaign!