← Technomancer Mind-Affecting Spells V
What The Heck is “ShadowFinders?” →

Today we wrap up (for now, at least) exploring the design space of technomancer mind-affecting spells.

For balance on these we looked at a lot of 6th-level spells, but since there don;t seem to be any 6th-level mind-affecting spells in Starfinder, there aren’t any specific 1-to-1 comparisons. 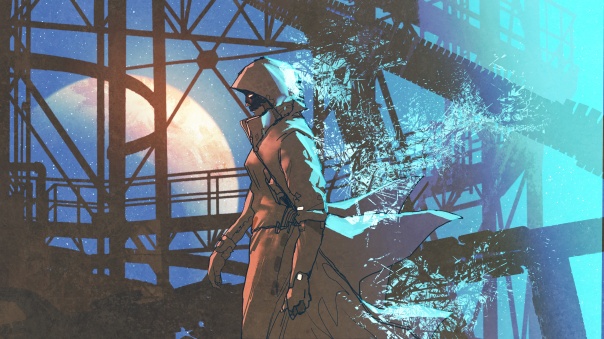 You impose an algorithm on the decision-making processes and efforts undertaken by of the spell’s targets. Each round, you can designate one creature to be protected by the algorithm. Any affected target takes a -5 penalty to all skill checks regarding the target, attack rolls against the target, and to the save DC of any ability they use that affects the target. You can change the protected creature each round, ending the protection against any previous creature. Targets that fail their saving throw are unaware their actions are being influenced by a spell.

Targets that succeed at their Will save only take a -2 penalty to skills, attacks, and DCs, and are aware they are under the effects of a spell.

You lock the target’s attention onto one foe, and prompt it to attack that foe. The target must attack the foe with the attack most likely to be effective against it with at least one action per round. If the target succeeds at a Will save it can ignore this command, but the mental effort to do so causes it to be fatigued for the duration of the spell. The fatigue ends when the spell ends, or if the creature decided to attack the designated foe.

← Technomancer Mind-Affecting Spells V
What The Heck is “ShadowFinders?” →