What The Heck is “ShadowFinders?”

So, I happened to mention a “ShadowFinders” campaign on social media a few times in the past few weeks, leading a number of people to ask “What the heck is ShadowFinders, and when does it come out?” 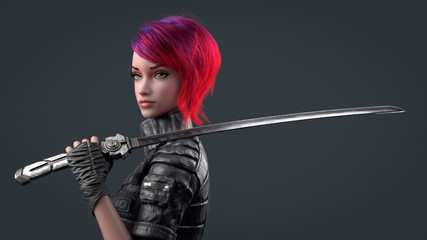 And now I’ll have a place to point them to, at least for the moment. And the answers are… “A theoretical modern Pathfinder campaign I have been noodling and, as far as I know, never.”

I know, not very satisfying.

The thing it, I already have TWO campaign settings mulling about that I work on when I get what I laughingly refer to as “Space Time.” I’ve been working on-and-off on the Really Wild West (a campaign hack for Starfinder), and more recently Sorcerers & Speakeasies (a campaign setting for 5e). Those are both mix-modern-and-fantasy settings, with Really Wild West having a great deal more material done for it (having begun working on it more than 2 years ago), and Sorcerers & Speakeasies currently having an actual for-sale product currently being designed by a freelancer.

So, clearly, I already have my hands full with modern fantasy pastiche ideas for two game systems that I don;t have time to move forward at full speed as it is. So why would I add another?

To some extend, I can’t help it.

I didn’t become an RPG game designer because that was my life goal. I slid into it sideways, by loving games (especially RPGs), and making up stuff for my own home games (mostly RPGs), and wanting to turn my hobby into a revenue-neutral pastime that paid for itself. (You can read more detailed accounts of my nearly-accidental entry into my 20+ year RPG design career at “From the Freelancing Frontline,” in a series of articles at EN World.)

And, it’s still one of my primary hobbies. Which means, I am still having ideas about things I’d like to run as games, or add to games, or even play in games. Now, a lot of that content ends up in products I write or develop–I find it easiest to work on a game system if I am playing that system. (I know some rpg designers prefer not to be frequently playing the game they are working on, and given how great many of those designers are I have to say that works for them. I don’t think it would work well for me.)

But a lot of it DOESN’T end up in my professional writing. Now, some of that is for legal reasons (yes I have thoughts on Jedi in Starfinder, but unless I create a totally different Owen-as-fan-only space, I’m never going to share them). Some of it is because it’s material I’d only want to use in a context where I knew the people involved and could tailor it to match their preferences and playstyles. But some of it is just because there hasn’t been a good match yet, and/or because I haven’t had the time.

And that last category is the weird limbo where ShadowFinders exists. 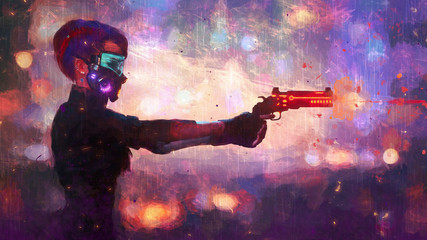 I have several solid ideas for ShadowFinders, as a modern supplement for Pathfinder 2nd Edition. Essentially a smaller stand-alone hardback book that is a complete RPG and 100% compatible with the Core Rulebook, but focuses on a modern, urban fantasy game. I have ideas on how I’d save space (many fewer ancestries and classes, likely only occult and primal magic), how to link it to existing cosmology (some primal magic comes from Egypt, which once had strange portals to another Egypt-like land in another world, but most magic is occult material that entered the world in through strange events involving Rasputin), and how it would work with the existing rules (as a modern supplement, with material you could use in a 100% fantasy setting, or could add to a fantasy setting that happened to already have alien spaceships and guns in it in limited locations).

But that approach works best if it’s a book Paizo publishes… and that is both unlikely (I have some idea how hard it is for Paizo to manage to both maintain its currently offers AND produce a new core rulebook with a new setting), and if it did happen would  most likely not involve me in any major capacity. I have thoughts on that too, of course (involving Paizo deciding to outsource creation of a SahdowFinders rpg to keep costs and down and experiment with freelance production and development), but that’s not particularly likely either. (Never say never, but be realistic with your planning.)

So, that leaves me with a name and idea I like but that would work best in production circumstances that aren’t going to happen soon if ever, no spare time, two more similar projects already further along… and tons of ideas for a thing I can’t take time to move forward on right now.

It PROBABLY won’t be any version of ShadowFinders…

Unless, of course, it gets a huge positive response from a Patreon crowd that grows large enough to support even more of my time going to working on such things. 🙂