I am a huge fan of Post-Apocalypse games. That may be why I wrote for Sword and Sorcery’s Gamma World line, and d20 Apocalypse. 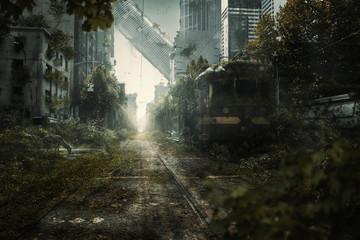 The world ended. A few times. But for living memory, there were two Great Cities — Alpha, a land of ancient technology and highly-educated people living in a gentle, safe, totalitarian Bubble; and Beta — A huge, sprawling rough-and-tumble metroplex of rivers and bridges and canyons where mutants and rogues lived and traded and taught and sometime killed each other, but were free of most outside influences. Both had occasional visitors from a Third Great City — Gamma — but no one knew where ti was or what it was really like.

The Omega Invasion was unlike anything that had been seen in centuries. New horrors, new machines, new creatures, wiped out Alpha and Beta. The OI seemed poised to wipe out all life… until the Gamma Strike, which wrecked their bases and leaders, and left them in a scattered wreck of damaged robots and crazed ex-soldiers and experiments.

But there are Omega Invasion forces left, and they are trying to rebuild their armies. So heroes must seek out Gamma, and see if it can be convinced to once again save the world of the GammaFinders.

Characters start at 4th level. The GammaFinder World is a harsh place, so we start with more competent characters. And that means you are just one level of a nice ability score bump!

Not happening, don’t worry about them.

Every character gets an emphasis. There are three available at the moment.

Mutations: Select one item of your character level -1, or two of your level -3. You gain the abilities of those items as mutations. If they use batteries or ammo, you can use the ability as often each day as one full load of ammo or batteries. As you gain levels, you can change these items. When you gain levels you can improve your mutations to higher-levels of the same thing, or switch to entirely different items your mutations emulate, to represent ongoing mutation.

Relic: Select one item of your character level +1 or less. You have an ancient piece of tech that does what that item does, though you can change its appearance. If it has batteries or ammo, you refill them each time you spend Resolve to regain SP following a 10-minute rest. If your relic is lost or destroyed, you get a replacement when you gain your next level. You can change your relic at each character level, to represent the shifting effects of this ancient technology.

Talent: You get one bonus feat at every odd level. You must meet the prerequisites. Alternatively, at each off level you can gain one additional spell slot of the highest-level spell you can cast at that level. If you select this latter choice, you are likely described as a “psionic” or “witch.”

These items don’t go up in level automatically, and if lost are not replaced. 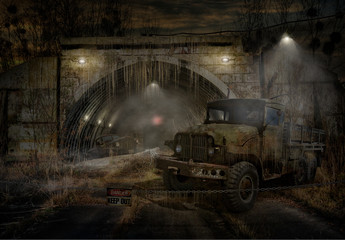 You gain a level every 12 encounters. Over 6 encounters, you expect (on average) to get one Major, one Moderate, one Minor, and three Incidental items. If you have the ranks in a skill needed to make an item, you can convert an items of the same type into a different item, once. Every time after that you convert and item, it loses one item level.