I introduced GammaFinder, a post-apocalypse campaign hack for Starfinder, yesterday. The response was… positive. 🙂

So, now I am exploring what kinds of rules we can add to that simple framework to help bring the PA flavor to a GammaFinder campaign. We begin with halidoms… which are going to need to be split into two articles. Here’s Part One. 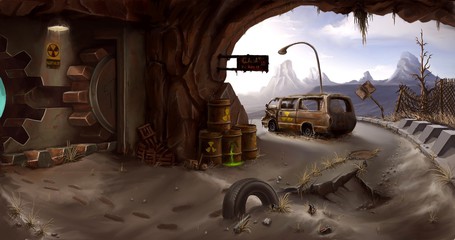 No one is sure what happened to create the GammaFinder World. Some say it was a war, fought with quantum reassignment projectors, x-ray-pumped lasers, and boson bombs. Others think there was a Great Disalignment, when magic flooded into the world, dragons awoke, demons rose, and common citizens turned into trolls, orcs, kasatha, and wizards. Other theories include a genetic virus, the Gray Death, luddite cults, social anarchy, and even a rogue comet. The records of the time of the Burning are muddled, contradictory, and confused, as if a half-dozen worlds got shoved together into a single shared disaster.

The Chasm of History

History, in short, has a Chasm. On this side, the GammaFinder World.  Before it, the Unburned World. And in the middle… anarchy, pain, horror, and disagreement. What is certain is that before the rise and fall of the great cities of Alpha and Beta, there was a very different place, able to do things no one can conceive of now.

There are… things… left over from the Unburned World. Or at least, from the time of the Chasm, if not the world before. Objects. Strange devices that use super-science, eldritch powers, or some combination of the two to create effects no one in the GammaFinder World can duplicate. They are often the thing that allows a town to survive in a harsh terrain, grant a petty warlord his power of metal men, or make cursed places seen as vaults of wonder and horror.

These are sometimes called relics, fragments, antiquaries, or crytobjects. But for whatever reason, the most common term for these Unburned Icons is “halidoms.” 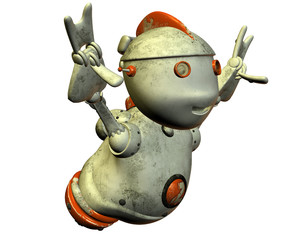 A halidom can look like… anything. Some are straightforward–a sword hilt which can project a sunblade. A vial of liquid you drink. A talking teddy bear which informs you of the ill intent of nearby creatures. Others are obtuse. A cube made of 27 smaller cubes which slide and shift into different configurations. A gnarled knot of roots and vines that are never observed to move, but constantly seem to be in different shapes. A tiny metal sphere with incorporeal lights orbiting it.

The problem is, form does not seem to follow function. A sword hilt may project a sunblade… or it maybe designed to be shoved into a rock that forms a mouth that gives medical advice. A vial of glowing liquid may be meant to be drunk, or it may hold the soul of a cryptowizard that casts one random technomancer spell a day. A spoon may full a bowl with soup, or it may project a sunblade.

A GM wanting a jumping-off point for the appearance of a halidom can roll 1d10 and consult the table below. It’s important to note that players don’t get to know what you rolled–if a haildom looks like a gun, that could be because its a kind of gun and you rolled a 1, or it could be a computer, and you rolled a 5. 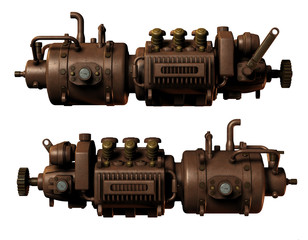 Most denizens of the GammaFinder World don’t risk trying to determine the function of a halidom once they realize what it is. But PCs are made of sterner (or dumber) stuff. So they tend to… experiment.

We’ll get into the rules for interacting with a halidom tomorrow.