← In Time of Pandemic, 1
GammaFinder Mutations for Starting Characters →

So there are quick and easy rules for mutations in the GammaFinder base rules (a campaign hack for Starfinder), but a weird post-apocalyptic game just isn’t the same if you can’t be even more mutated than that.

So, here are some more ways to gain even more mutations, and lots of mutations you can get.

Theme Knowledge (1st)
Your brain focuses on something a little differently than other people. Select one skill to gain as a class skill or (if you already have it as a class skill at 1st level) gain a +1 racial bonus to.
In addition, you gain an ability adjustment of +1 to one ability score of your choice at character creation.

Mutation (6th, 12th)
Your mutant abilities grow and evolve. Select a mutation from the Mutant Abilities list, below.

Mutant Heartiness (18th)
Your mutant physiology allows you to recover more easily than those with standard genomes. Twice per day you can recover Stamina Points after a 10-minute rest without expending a Resolve Point to do so. This does reset any abilities that normally reset after you expend a Resolve Point to recover Stamina Points after a rest. 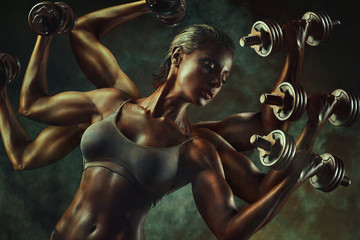 MUTAMORPH (Archetype)
Your body, exposed tot the strange energies of the GammaFinder World, has morphed.

Blindsense
You grow sensitive antennae that grants your blindsense (vibration)—the ability to sense vibrations in the air—out to 30 feet. You ignore the Stealth bonuses from any form of visual camouflage, invisibility, and the like when attempting a Perception check opposed by a creature’s Stealth check. Even on a successful Perception check, any foe that can’t be seen still has total concealment (50% miss chance) against you, and you still have the normal miss chance when attacking foes that have concealment. You are still flatfooted against attacks from creatures you can’t see.

Change Form
As a standard action, you can physically alter your form to look like any Medium creature, as long as you have seen a similar creature before. You can attempt to either mimic a specific creature or look like a general creature of the chosen type. You gain a +10 bonus to Disguise checks to appear as a creature of the type and subtype of the new form. The DC of your Disguise check is not modified as a result of altering major features. You can remain in an alternate form indefinitely.
If you take this mutation a second time, you do not take a penalty to Disguise when you mimic a creature of a different species or type.

Climber
You gain a climb speed of 40 feet.

Creaturelike
You have mutated to be very similar to another creature. You might look like an anthropomorphic animal, have the strange anatomy of an aberration, seem to be a plant, or have some other strange mix of features. Your features are a blend between your true type and substype, and another type (and possibly subtype).
You gain the creaturelike trait. Select one type and, if desired, an appropriate subtype. You gain these in addition to your normal type and potential subtype. You gain no special abilities of the type or subtype except as noted here. When you are targeted by an effect, if it effects just one of your types or subtypes, it affects you. If it affects your types or subtypes differently, you take the effect that is worse for you.
Skill checks to identify your type or subtype take a -5 penalty.
You gain a +2 racial bonus to one saving throw category of your choice, or +1 racial bonus to two saving throw categories.
You gain one of the following senses or movement types of your choice: blindsense (scent) 30 feet, climb 20 feet, darkvision 60 feet, fly 20 feet (poor)(ex), low-light vision, swim 20 feet.
You can change your unarmed attacks to do piercing or slashing damage, if you wish, or gain do +1 damage with unarmed attacks.

Compression
You can move through an area as small as one-quarter your space without squeezing or one-eighth their space when squeezing.

Digger
You gain a burrow speed of 30 feet.

Expanded Lung Capacity
You have extraordinary lung capacity. You can hold your breath for 10 times the normal duration, and you can begin to hold their breath as a purely defensive reaction whenever you are submerged underwater, enter a vacuum, enter a gas or smoke field, or would otherwise begin suffocating or inhaling a substance you suspect to be harmful.

Fortified
You gain a +2 racial bonus to Fortitude saves against environmental hazards and radiation effects. In addition, you reduce the duration of the sickened and nauseated conditions by 1 round.

Frenzy
When badly enough damaged, you enter a fighting frenzy. When you are at 0 Stamina Points, you gain a +1 bonus to melee attacks and AC.

Mutable
Your body is mutable and can adapt to many different situations. Once every 1d4 rounds as part of any other action, you can reshape your body and adjust your chemistry to gain one of the following qualities. The adaptation lasts until you dismiss it, use this ability again, fail a saving throw, or are dazed, confused, staggered, stunned, or unconscious.
*Upper limb refinements enable you to add an additional amount of damage to melee attacks equal to half your Strength modifier.
*A toughened dermal layer grants you a +1 racial bonus to KAC.
*Developed lower limbs grant you a +10 bonus to one speed you already possess.
*Molecular-level modifications grant you resistance 2 against a single energy type (acid, cold, electricity, fire, or sonic).
*Elongated limbs extend your to 10 feet.

Natural Weapons
You are always considered armed. They can deal 1d3 lethal damage with unarmed strikes and the attack doesn’t count as archaic. You choose if the attack does bludgening, piercing, or slashing damage when it is gained, and what kind of attack it is (bite, claws, tail slap, and so on). You gain a unique weapon specialization with your natural weapons at 3rd level, allowing you to add 1–1/2 × your character level to your damage rolls for your natural weapons (instead of just adding your character level, as usual).

Rapid Revival
Once per day, when you take a 10-minute rest to regain Stamina Points, you can additionally recover Hit Points as though you had taken a full night’s rest.

Steady Stride
You can move through nonmagical difficult terrain at your normal speed.

Swimmer
You gain a swim speed of 40 feet.

Telekinetic Flight
You gaining a supernatural fly speed of 10 with perfect maneuverability and the ability to hover without taking an action.

Venomous
You can deal piercing or bludgeoning damage with your unarmed strikes. When you make a successful unarmed strike (or innate melee attack, such as might be gained from another mutation) that deals piercing damage, and the target takes damage from the attack, as a reaction you can expose the target to venom. Once you have used your venom, you can do so again only after taking a 10-minute rest to regain Stamina Points. You are immune to the effects of your own venom.
Mutant Venom
Type poison (injury); Save Fortitude (DC = 10 + half your level + your key ability modifier)
Track Dexterity (special); Onset 1 round; Frequency 1/round for 6 rounds
Effect Progression track is Healthy—Sluggish—Stiffened—Staggered; staggered is the end state.
Cure 1 save. All effects end 1 hour after cure.

Wings
You grow wings, gaining an extraordinary fly speed of 30 with average maneuverability.

WANT MORE GAMMAFINDER?!
I now depend on my Patreon for more of my income and support than I ever expected to. If you find any value in my blog posts or videos, I could use help with the Patreon. If you can spare a few bucks a month, it’s a huge help. If not, even just sharing and linking to my blogs, videos, and the Patreon itself is a huge help that just takes a moment of your time.

← In Time of Pandemic, 1
GammaFinder Mutations for Starting Characters →