We did some specific “interesting” design things with whistlers yesterday. Today we’re just going over a short list of ideas for things you can do to spice up creature design in the Really Wild West. (Or GammaFinder, or any Starfinder setting, though you should consider the themes and tone of a specific setting when designing monsters for it.) Things like this should be obvious as soon as they come into play, and a good identify creature check should also reveal them.

This isn’t a comprehensive, or even very extensive list. Just a few ideas to get GMs thinking about interesting monster design.

Damage Type Reaction: Creatures that take more or less damage from specific damage types can be interesting, but they are common enough not to be special. However, if a creature has an unusual reaction to taking a specific kind of damage, that can make things more interesting.
Several of these are a mixed blessing, quite intentionally, but they are also complex enough you likely do want them to count against a creature’s total special abilities, just to keep fights from becoming too complicated. For the same reason, avoid fights with multiple creatures with different damage type reactions. Three Slag Beetles with acid reactions gives PCs a chance to learn how the ability works and plan around it. A fight with one Slag beetle, one Dire Bobcat with a fire reaction, and one Crystal Elemental with a sonic reaction is just a confused mess.
Acid: Target takes double damage from acid, but also partially dissolves into a toxic cloud. It gains a smoke cloud effect like a smoke grenade (which it is immune to) whenever it takes acid damage, and those that fail their save against the smoke also take secondary damage from it as a poison effect. good for creatures covered in hard armor of unusual composition (chitin, plastic, alchemically treated materials, and so on).
Bludgeoning: Creature takes half damage, but it knocked back 10 feet and knocked prone. Good for ephemeral, floating foes and those on narrow, tippy legs.
Cold: For one round target is slowed and becomes hard, but brittle. For that round it’s KAC increase by +2, but it takes extra damage from any kinetic attack that hits equal to its CR. Good for stone, crystal, and strange metal creatures.
Electricity: Target takes 1.5x damage, but is also hasted for 1 round. Great for machines, but also anything with unusual biology, including outsiders, undead, and aberrations.
Fire: Target takes normal damage, but catches on fire. Takes a burn of 1d6 per 5 CR, but also now does fire to melee attackers. Good for dry plant monsters, including fungus, and those covered in oily or greasy substances or thick fur.
Piercing: Target gains a bleed effect equal to half it’s CR in HP/round, but the blood is acidic and does secondary attack damage (Reflex for half) to all targets in reach.
Slashing: Sever part of the target. This acts as a wounding critical, but also turns the severed part into its own monster 4 CR lower than its parent. Great for undead, constructs, plants, and nearly any supernatural threat.
Sonic: Target takes 1.5x damage, but is now vibrating for 1d4 rounds causing attacks against it to suffer a 20% miss chance.

Intimidating Surprise: The creature has some kind of attack or transformation that is unexpected. Perhaps it looks like a typical snake, but can unhinge its jaw and make a sonic attack. Or it looks like a typical steam engine, but transforms into an iron golem. Or its melee attacks are accompanies by lightning and thunder strikes.
The first time this transformation or surprise attack takes place in a combat, the creature can make a free Intimidate check to demoralize the closest foe. Character who are warned about it but haven’t experienced it have the DC to be demoralized increased by +5. Those who have experienced it before have the DC increased by +10. After 2-3 such encounters, characters are likely immune. 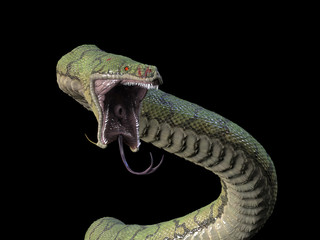 Melee Awkward: A melee awkward creature simple isn’t designed to deal with foes that are right up against it. Imagine a Martian tripod with no tentacles to defend it, or a floating gun platform, or even a tank or giant acid-spitting pillbug. Melee attacks against a melee awkward target gain a +2 bonus, and if it has melee attacks of its own (most don’t) they suffer a -2 penalty. Making a creature melee awkward normally goes along with giving it some benefit or special ability that doesn’t count against its normal maximum number of such abilities.

One-Weapon Reach: The creature has more reach with one weapon or natural attack than all its others. This can be especially fun if the weapon is weaker and less accurate than it’s primary attacks, but has MUCH more reach. Consider doing 20-30 feet of reach, but make the attack the secondary attack of a creature 3 CR lower. Works best with solo foes or those used in no more than 2 per encounter, otherwise there is simply no place for PCs to go to avoid reach, and rather than be an interesting tactical choice this just becomes a constant annoyance.

Patreon
Like longer articles, with thing like art and rules for crafting monsters? Posts like this take support! This page was made possible by my patrons, and can support me too by joining my Patreon!