Sometimes you want a new foe your players haven’t seen before, or that perfectly fits a need in your adventure. (I’ve been doing this fairly often as I prepare to run Really Wild West games, for example). But you don’t want to take the time to build a minor foe from scratch.

Luckily, in Starfinder, reskinning and kitbashing new foes can be quick, easy, and do a great job of creating new enemies.

Let’s say you want a new robot foe for your PCs to tangle with. A robot dinosaur, perhaps? 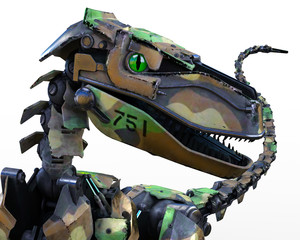 Since the dinosaur, dromeaosaurid is pretty close to a velociraptor, let’s start with that. First, we take away anything it shouldn’t have. So, the dromeaosaurid is an animal. That means it got low-light vision, and a +2 bonus to Fort and Ref saves. Since our velociraobot is a construct rather than an animal, we strip those out.

Next we add what a construct gets. So darkvsion and low-light, set Con to –, -2 to all saves, and +1 to all attacks. That’s all we *have* to do to make this rules-correct. (If we’d done things with subtypes, we could go through those too… but the Robot Dragon entries suggest we can also just blur those lines if we want to).

And now, in less than 5 minutes, we have a custom robot!

Pounce (Ex) When a velocirobot charges, it can also make a full attack. 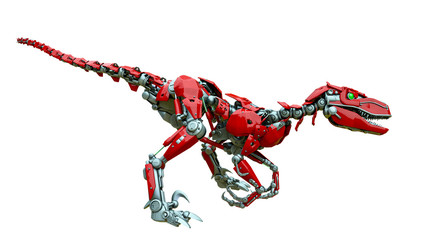 Patreon
Want more Starfinder content? Monsters? GM tips? Want something else? Pathfinder 1st-edition content? Would you rather see more material for 5e, or industry insider articles? Join my Patreon for a few bucks a month, and let me know!