Bell Curves, Criticals, and the Odds of Doubles on 3 Expanse Dice.

The various AGE (Adventure Game Engine) games from Green Ronin all have the same core mechanic — to see if you succeed at something, roll 3d6, one of which is a “Stunt Die.” Add the 3d6 and any bonus you have, and compare to a target number.

If any two of your dice are doubles (they have the same value), you earn “stunt points,” equal to the value of the stunt die.

In this article, I want to talk a bit about bell curves, critical success systems in RPGs, and  what the odds are you’ll get doubles when your roll 3d6. And I’m using pictures of the Expanse RPG Dice Sets, since they are cool-looking and currently being crowdfunded on Kickstarter.

I am NOT the developer for the Expanse RPG. That role is very ably handled by the extremely talented Ian Lemke.

Second, I AM biased in favor of Green Ronin, since they employ me to be the Fantasy AGE developer and I thus benefit (at least indirectly) if their projects make lots of money. So, yes, this post is happening at this time in part so I can highlight this Kickstarter. (But it’s also good game design analysis. 😀 )

Third, this is my own analysis, not an official AGE post which has been developed and edited. So any mistakes in the math or logic are entirely mine.

Okay, with those disclosures all disclosed, let’s look at bell curves. (We’ll get back to doubles, I promise.)

Many games use a single die to determine success, such as a d20. With this kind of resolution mechanic, you get a flat probability–that is, the chance you’ll roll a 4 on a d20 is the same as the change you’ll roll a 19, 5%. That means if you need to roll a 17 or better to succeed, you have a 20% chance of succeeding (5% for each number that could turn up that is a 17 or higher). This means that the best possible result (and the worst possible result) have the same probability of happening as an average result.

That also means that, barring some kind of automatic success system (such as saying rolling a 20 on the d20 always succeeds), any bonuses have a flat amount they add to your chance of success. When rolling 1d20, a +1 bonus is an additional 5% chance to succeed whether you need to roll a 3 or higher, or a 13 or higher.

And if you DO have an automatic-success or automatic-failure mechanic, the odds of that are also easy to calculate. if every time you roll a d20 on the d20 you succeed, or have a critical success, there’s a 5% chance of that happening with each roll.

Some people love the simplicity of a flat probability. Other people hate that “average” results are no more likely than high and low extremes.

So, enter the bell curve.

One of the drawbacks of a bell curve is that since it skews strongly towards the average, using it for task resolution can get boring. Even gamers who dislike a natural 20 being just as likely as rolling a 13 on a d20 tend to enjoy the chance of something *interesting* happening when you roll a 20.

The AGE system overcomes this with the stunt rules.

While success or failure of a task in AGE is determined by rolling 3d6, each roll also has a chance of producing stunt points. You can then use those stunts to perform special maneuvers  and neat tricks. This adds some variety to task resolution, while still maintaining a bell curve so average-difficult tasks can be accomplished dependably.

In AGE, if any 2 dice in your 3d6 roll are doubles, you get a number of stunt points equal to the value shown on your stunt die. Which naturally leads to the question– what are the odds that when I roll 3d6, at least two of them are doubles?

Of course if we DO get doubles, it’s the stunt die that determines how many stunt points we get. That’s a flat 1-in-6 chance of each possibility, so while we get SOME stunt points 44% of the time it’s about a 7.5% chance for each possible value of stunt points 1-6.

That’s important, because in AGE more powerful stunts cost more stunt points. This lets us have*something* interesting happen in nearly half of all important 3d6 rolls, but it isn’t always the maximum 6-point stunt result. We get the benefit of the bell curve leaning towards average results, while adding a good chance of some stunt points being generated, but only a relatively small chance of getting the best possible 6-stunt-point result.

To be clear, you DON’T have to understand these probabilities to play the game. It’s a useful analysis for game designers and GMs who want to know how likely stint points are, but the system is clean and simple enough you can just roll your dice, check for doubles, and enjoy the dice giving you fun things to do. 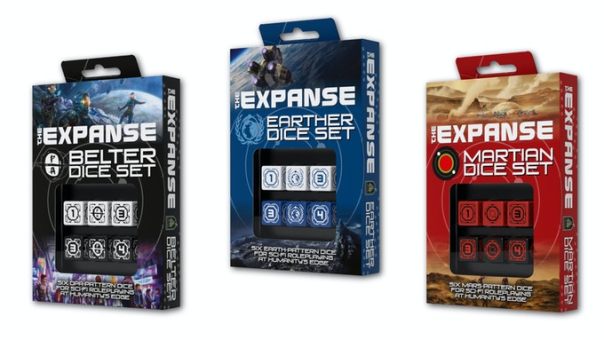 [PromotionModeBACKOn]
If you enjoyed this post, please consider backing my Patreon! Patrons get updates when I have new posts, and can suggest topics or game rules they’d like to see me tackle![PromotionModeBACKOff]